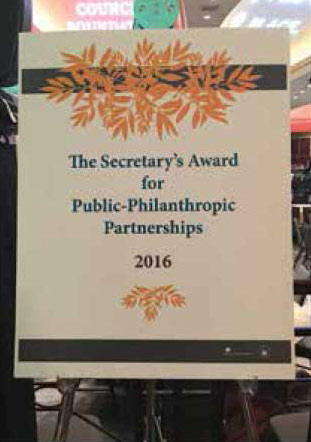 The Greater Kanawha Valley Foundation (TGKVF) was selected as one of ten national winners of the 2016 Housing and Urban Development (HUD) Secretary’s Award for Public-Philanthropic Partnerships for its “Investing in Our Communities-
West Side of Charleston” initiative.

TGKVF President and CEO Dr. Michelle Foster accepted the award on April 10, 2016 at the Council on Foundations’ annual conference in Washington, D. C. Following a competitive nomination process, Nani Coloretti, Deputy Secretary of HUD and Vikki Spruill, President and CEO of the Council on Foundations presented the awards to ten foundations for their outstanding partnerships with the public sector.

In December 2014, The Greater Kanawha Valley Foundation developed its “Investing in Our Communities-West Side of Charleston” initiative, which strategically concentrates assets within a nine-block area around Mary C. Snow Elementary. TGKVF believes that systemic changes are achieved at a deeper and more sustainable level through targeted resource allocation. The Foundation has committed $600,000 to this initiative over a three-year period with the overall goal of improving housing, civic engagement, and health conditions.

To date, this initiative has funded three intersecting projects: 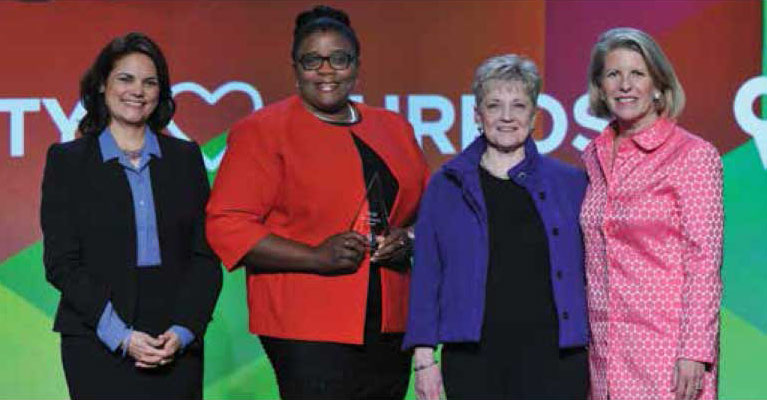