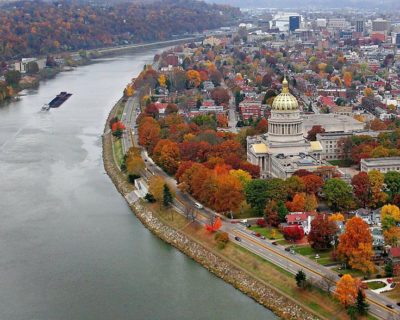 The state Division of Tourism is launching a new campaign that encourages people to show what they love about West Virginia by posting a photo to social media with the hashtag #AlmostHeaven.

“No matter which corner of the state you’re in, what you’re doing or where you are, the state is just absolutely beautiful,” she said.

The campaign is scheduled to launch Tuesday and last through June 20th, which is West Virginia’s 154th birthday.

Every day for the next two weeks leading up to the birthday, the Division of Tourism will post — on Facebook, Twitter and Instagram — a reason the Mountain State is a great place to live.

Ruby said it’s a great way to promote tourism in the state. She said West Virginia gets a bad image from people who don’t live in the state.

“People who are out there saying negative things about West Virginia — a lot of them have never even been to the state, so if we can get everybody in the state posting pictures, telling all the great things about the state and really educating people about all the things we have to offer, I think we can take a large step in improving that image,” Ruby said.

Last year, 52 percent of West Virginia travelers said they booked a trip here because of a post they saw on social media, Ruby said.

“If we tell our story and we promote ourselves as a world class destination, we have the potential to drastically multiple the affects of our advertising,” she said.

The Division of Tourism will be giving away West Virginia vacations for the two best posts each day. The person with the most and best #AlmostHeaven posts by June 20th will be featured in an online video. 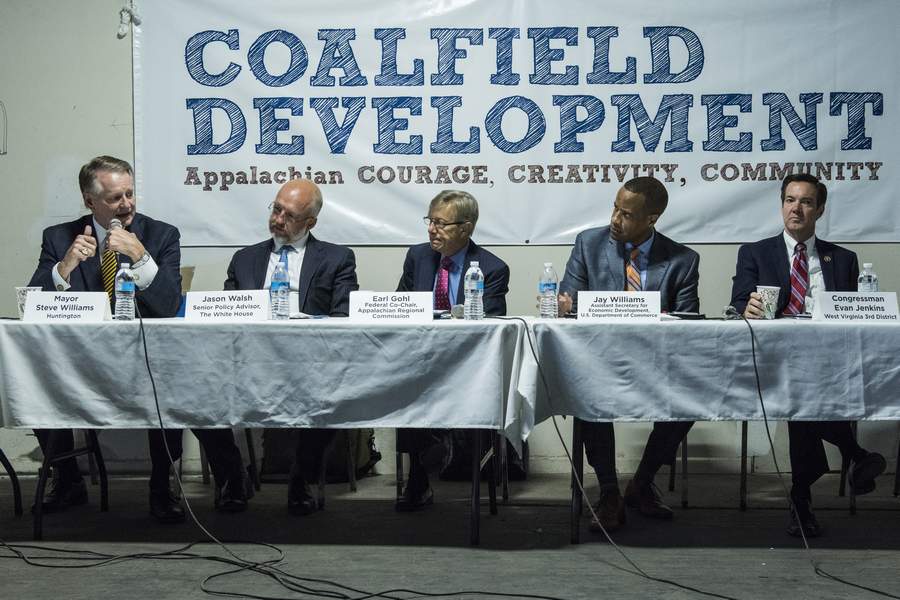 HUNTINGTON — Millions of dollars are being disbursed to groups in West Virginia and other coalfield communities throughout the country as part of President Barack Obama’s POWER initiative.

State and federal officials gathered in Huntington Wednesday to announce more than $38.8 million in funding for groups in West Virginia, Kentucky, Ohio, Virginia, Pennsylvania and Alabama.

Groups in the Mountain State will receive around $16.4 million, or more than 40 percent of the federal money, which will help advance efforts in education, infrastructure improvements, business development, manufacturing expansions and workforce training. 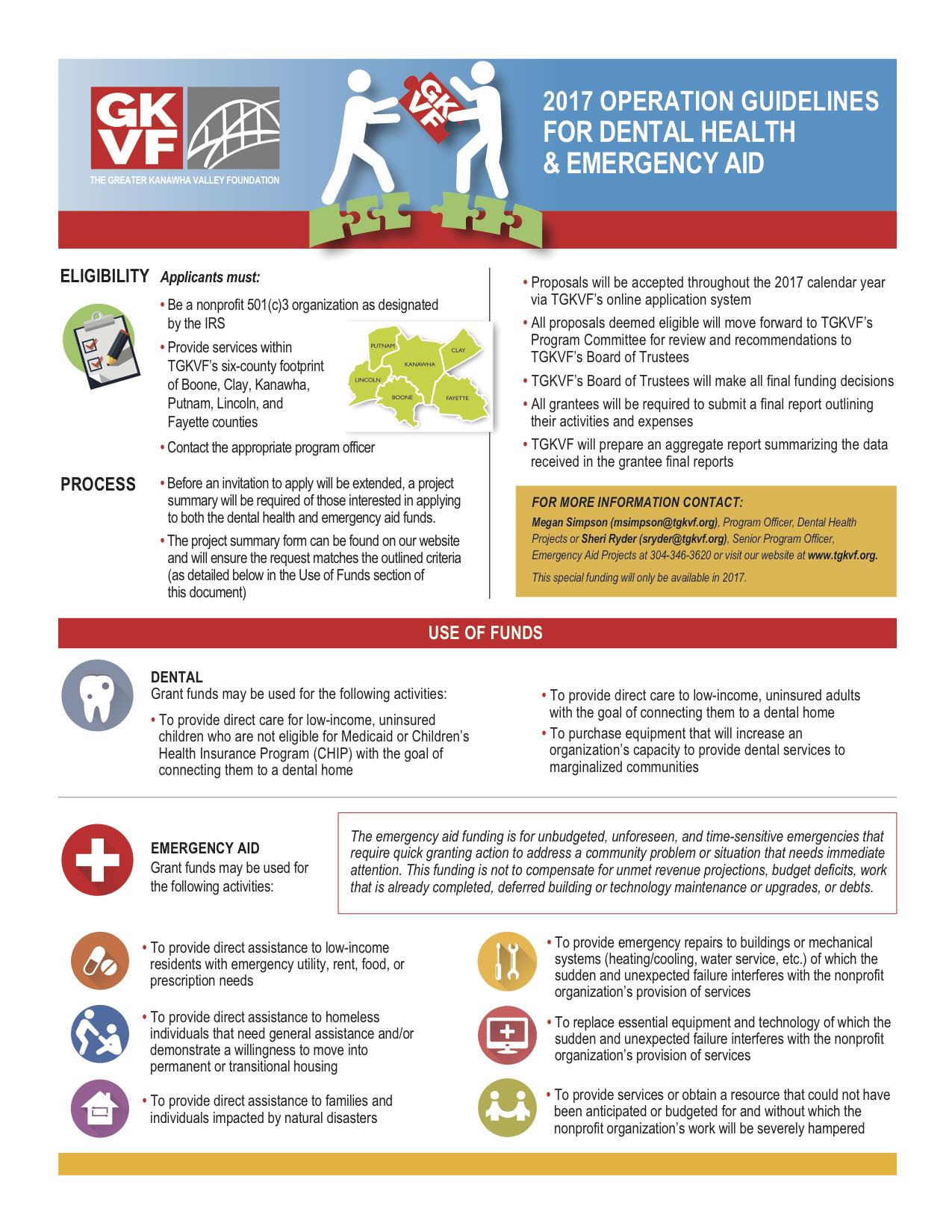 See what The Greater Kanawha Valley Foundation has done in 2017! 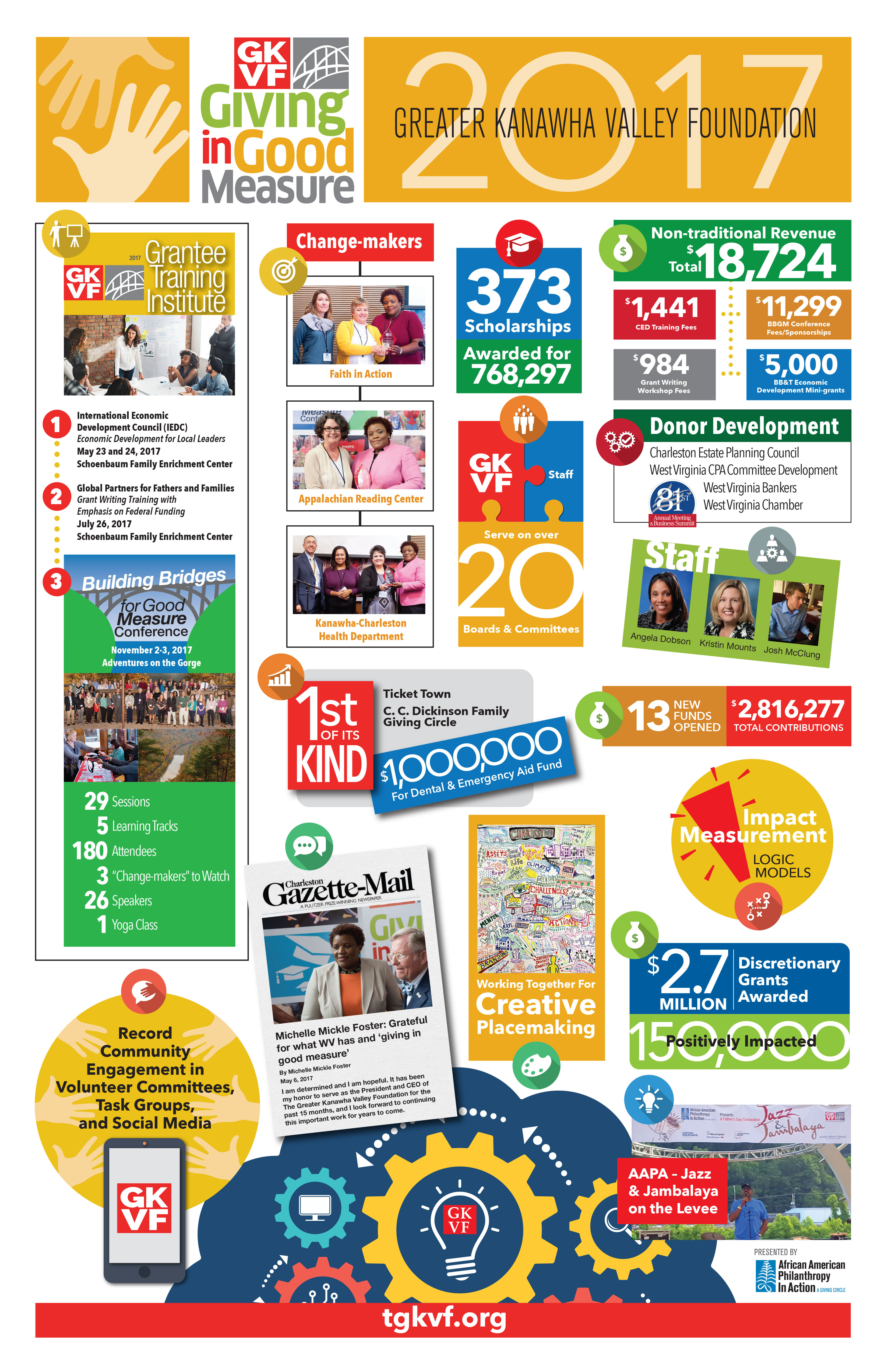 A Culture Shift for Fundraising

Three years ago, the Haas, Jr. Fund joined with CompassPoint Nonprofit Services to produce a study, UnderDeveloped, documenting the chronic fundraising challenges facing today’s nonprofits. One possible path to addressing these challenges, the report suggested, is for nonprofit leaders to foster and develop a “culture of philanthropy” in their organizations.

Even as we made this recommendation, we acknowledged that the term “culture of philanthropy” was not yet well understood across the sector. That’s why we recently asked Cynthia Gibson to look into exactly what the field means when we talk about such a culture. In Beyond Fundraising: What Does it Mean to Build a Culture of Philanthropy?, Cynthia synthesizes her conversations with diverse experts, offers a framework for understanding what a culture of philanthropy might look like, and provides suggestions on how to know if you have one. 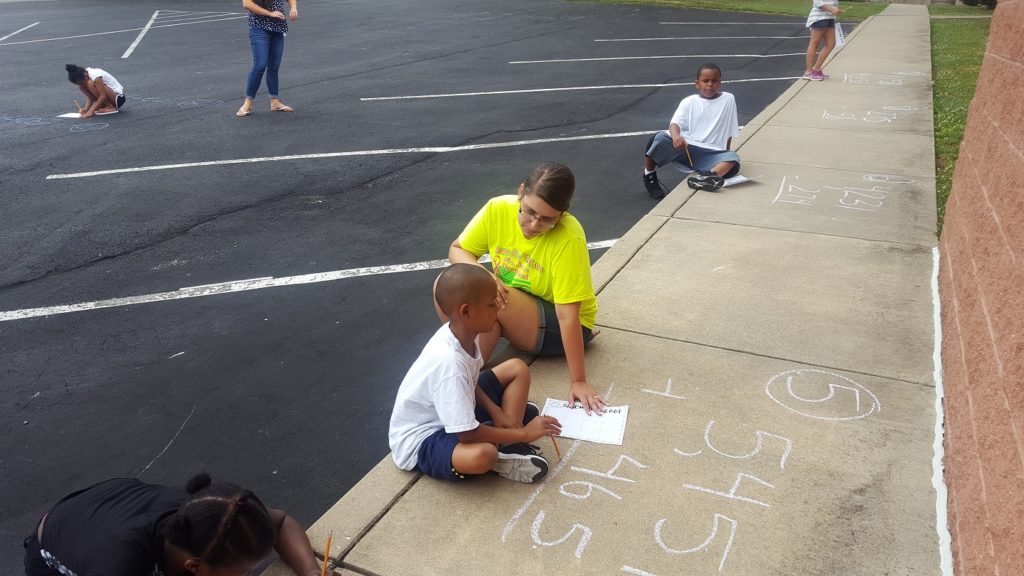 Bob Burdette Center $62,274 (West Side Initiative) Bob Burdette Center and the East End Family Resource Center will be offering full day programming to students from Mary C. Snow Elementary during school intercession breaks on the West Side of Charleston. The intercession programing will focus on STREAM (Science, Technology, Reading, Engineering, Arts, and Math) education. At the end of each STREAM Break, the sites will host a STREAM Family Night. Funding will support salaries for teachers and staff and supplies for STREAM activities.

“Building relationships is critical not only to a child’s educational success but for life success.”

By Karla Adam November 30 at 2:53 PM  The Washington Post

But on most days, its students do something that is being replicated in schools across the country: They put down their pencils, step into the great outdoors and run a mile.

For one ruddy-faced 9-year-old who was breathing heavily after his run, the experience “makes me feel like I’m proud of myself” and means that “during lessons, I can concentrate a bit more.” On a recent day that looked like autumn but felt like winter, he joined his classmates in lapping the perimeter of his Victorian school 12 times before heading back inside to get on with his day.

Every day, tens of thousands of schoolchildren across Britain — in addition to regular physical-education classes — run, jog or walk a mile under a voluntary scheme dubbed the “daily mile.” They don’t change clothes. They don’t compete. They don’t know when their teacher will give the green light to rush outside.

But at some point during the day, come (non-torrential) rain or shine, children complete a mile. 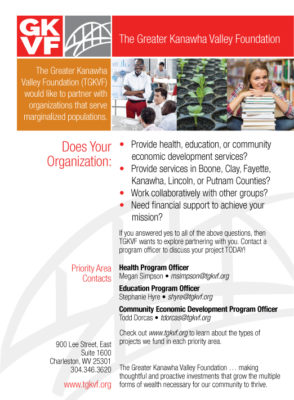